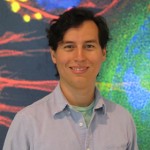 Research
Integration of Polymer and Photo-Chemistry to Biomolecular Recognition for Engineering Diagnostic Devices. Accurate, reproducible, and on time diagnosis can significantly increase the chances of success when combating many illnesses. Arguably, the majority of the known diseases remain undiagnosable or difficult to diagnose at early stages, and available technologies for the rest of them are either inaccessible to ~80% of the world’s population, or unreliable. A key challenge in engineering next generation diagnostic devices is maximizing the signal amplification when capturing as few target biomolecules as possible. Our lab pioneered the use of chemical amplification (inherent to chain-growth polymerization reactions) to amplify molecular recognition events by up to millions of times. With this approach we have achieved rapid, easy-to-read, and relatively inexpensive detection of even nanomolar concentrations of some biological markers. Now, we are working on developing a better understanding of the role of the free radical initiator and the monomer/prepolymer chemistry on the detection process. With this knowledge we can then utilize photochemistry, photophysics, and polymer chemistry to rationally select or design initiator/monomer combinations that lead to higher degrees of surface polymerization from captured biomolecules, thus increasing signal amplification. This will permit the engineering of accurate biochips and miniaturized devices deployable anywhere and applicable to a wider range of biomolecular targets at accessible costs and with higher sensitivity.

Alan Aguirre-Soto, Seunghyeon Kim, Kaja Kaastrup and Hadley Sikes. “On the role of N-vinylpyrrolidone in the aqueous radical-initiated copolymerization with PEGDA mediated by eosin Y in presence of O2,” Polymer Chemistry, 2018. DOI: 10.1039/C8PY0149K.